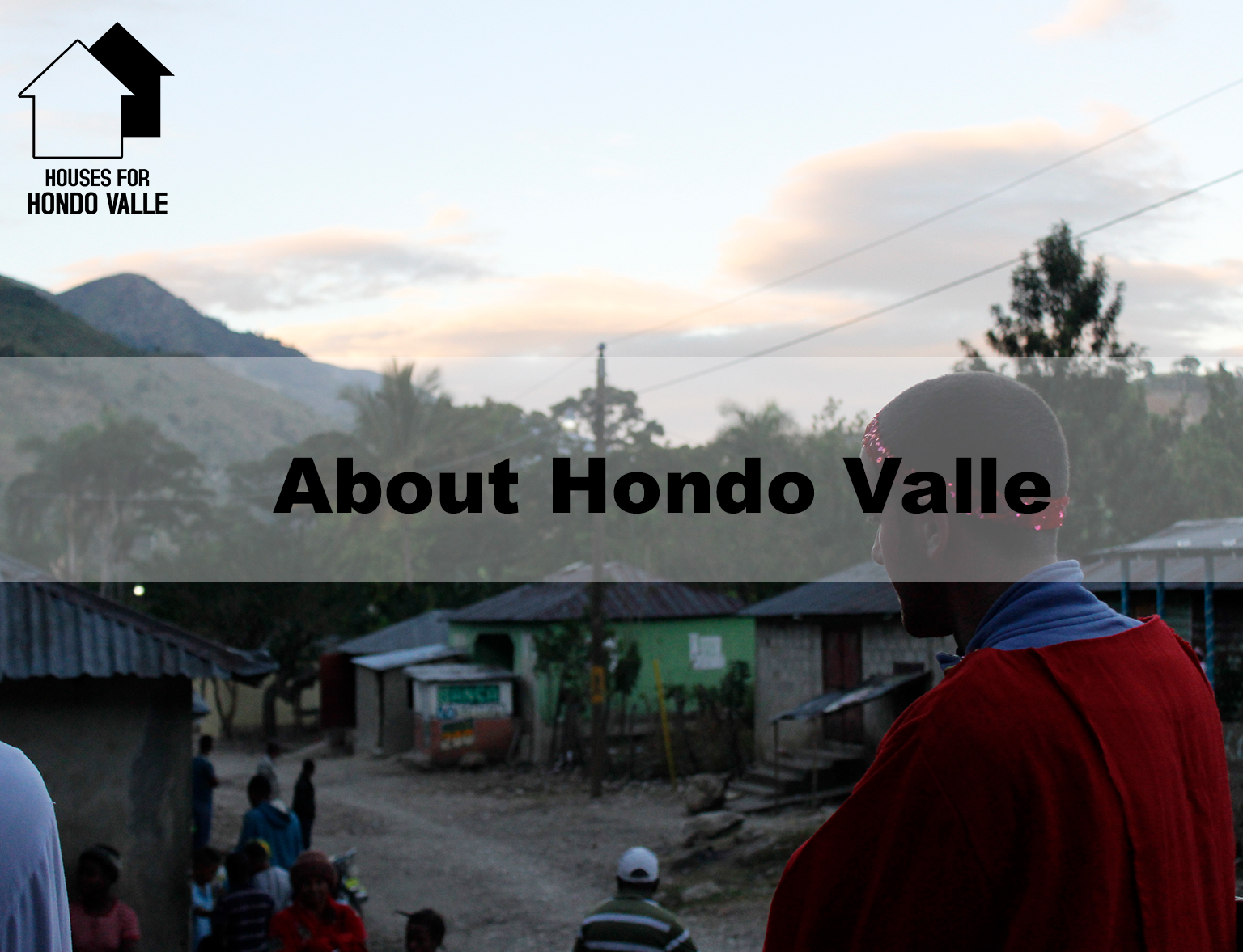 Houses for Hondo Valle began in 2016 with a group of college students from New York who visited the town of Hondo Valle for a week to build a bathroom. One bathroom. When we got there, however, we quickly learned that things don’t always go as planned. Mission trips are all about letting go and letting God. So, we working on homes and leant a helping hand whenever the people needed us. It started with an idea and ignited into a movement. 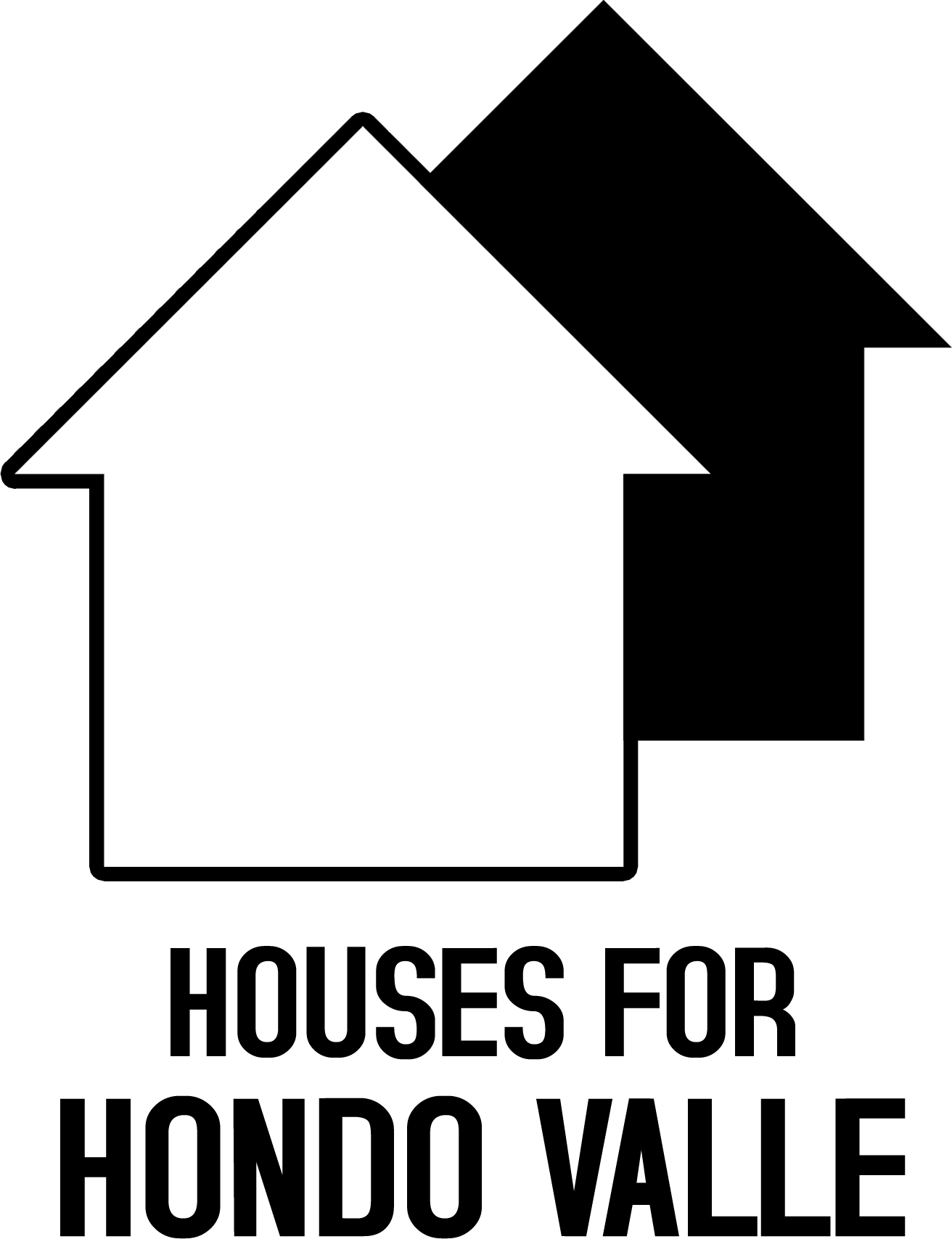 The Catholic faith is often a binding agent in Hondo Valle. The people here have such a strong faith and love of God, which keeps them going. They gather for mass a few times a week in Our Lady of Fatima Church, singing praises and reading from scripture. The church also has a youth group, just like in the states. The church community here is so beautiful and community members walk miles with their children to worship. The valley is so dry that villagers often pray for rain. 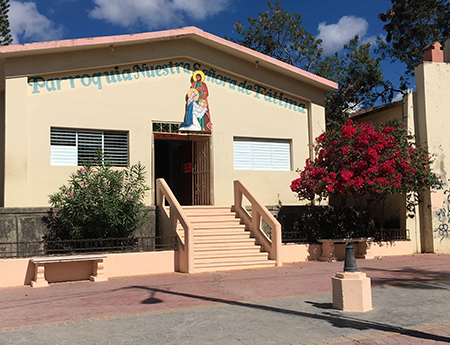 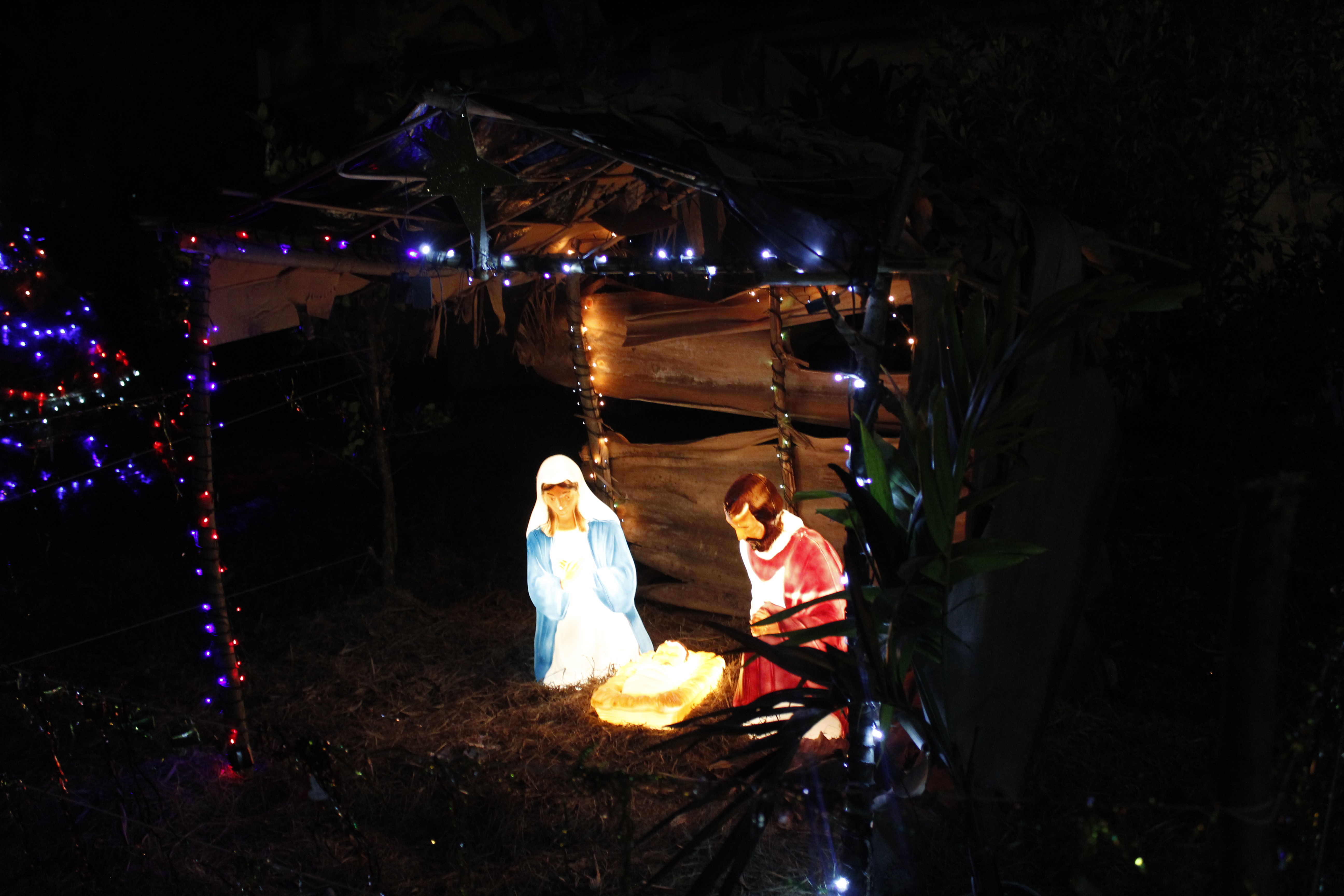 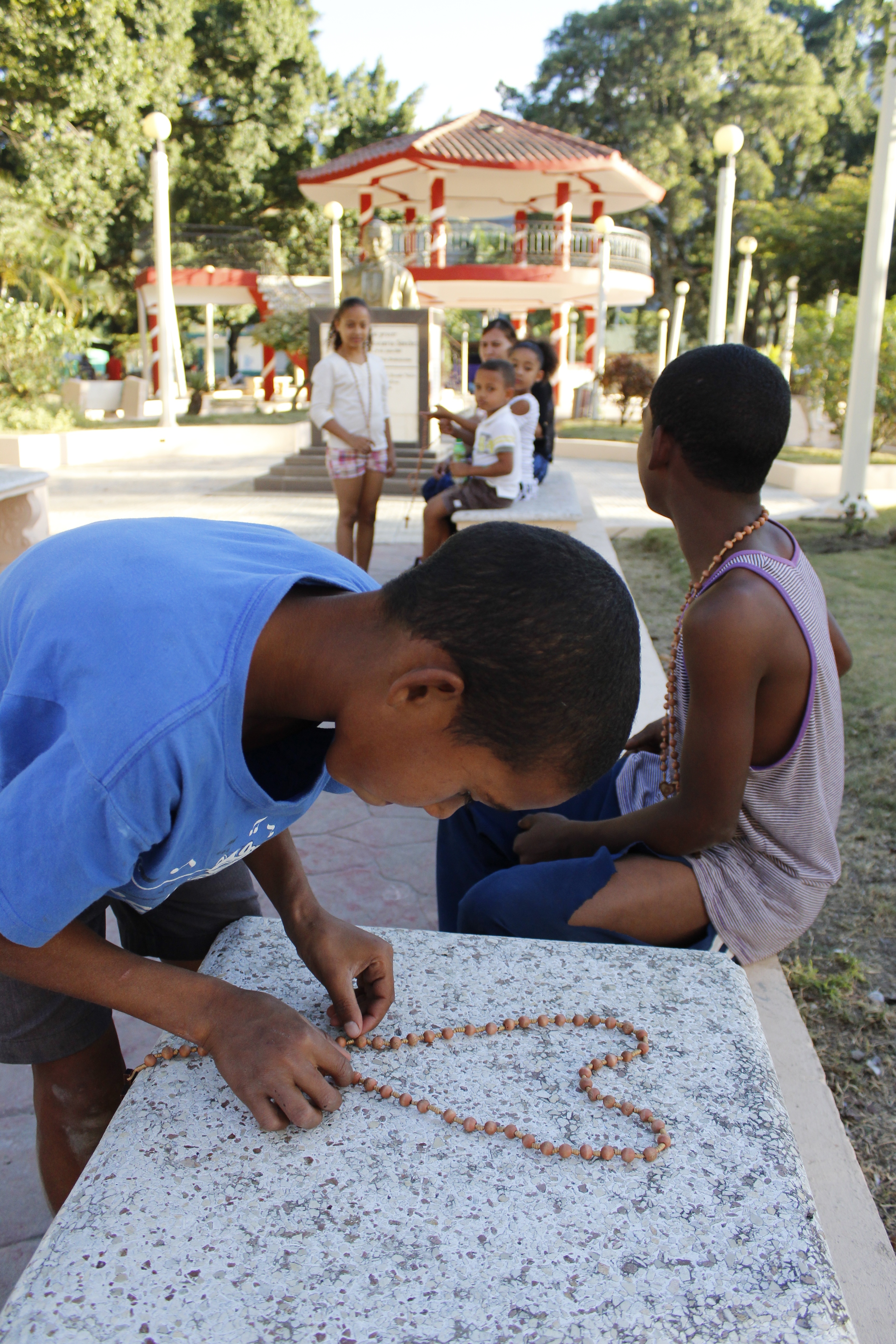 When the first Houses for Hondo Valle group traveled down to the Dominican Republic, they made an unlikely friend. Ariel, known as “Cantina” around town, had the reputation of a thief. At only 11 years old, he was taken in by Our Lady of Fatima, but was kicked out soon after because of mistakes he made along the way. When the gringos came to town, “Cantina” rushed to meet them, and our team saw good in this young soul. He showed them his home, probably in worst conditions in all of Hondo Valle. The boy wanted to go to church with them, but after their issues the priest wouldn’t let him in. Even so, the team welcomed this Ariel into their hearts and never referred to him as “Cantina,” a rude term the townspeople called him because they wanted to contain him separate from themselves. Because of the kindness they showed him, Ariel has been staying in school and has been trying to behave himself as best he can. He has inspired this movement, and changed our lives for the better. 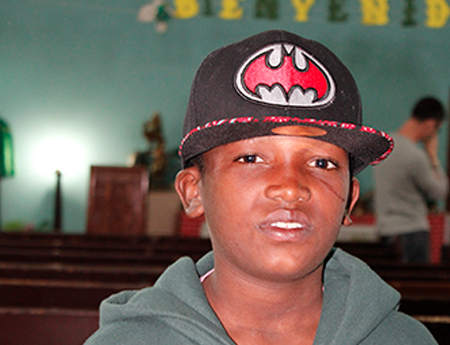 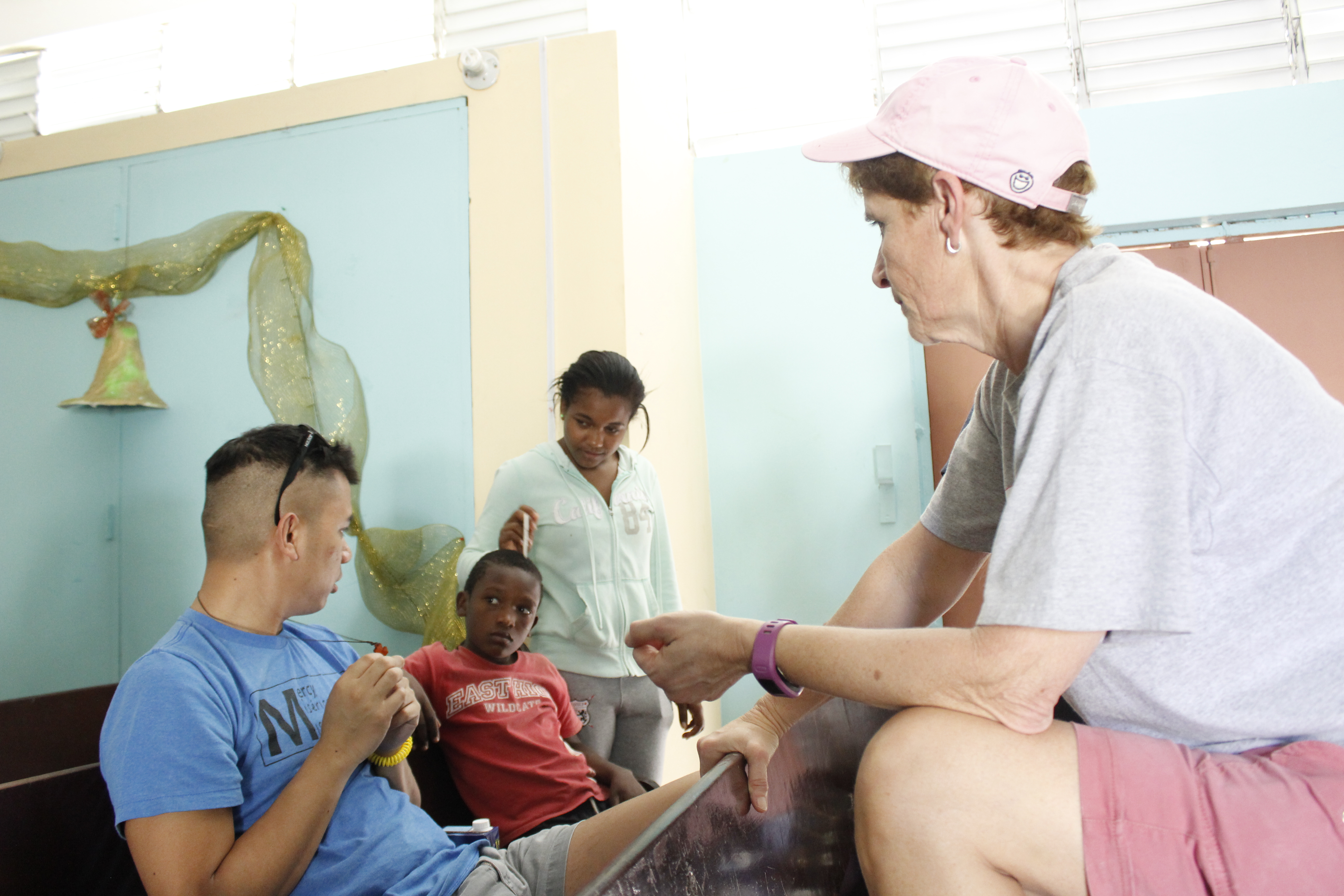 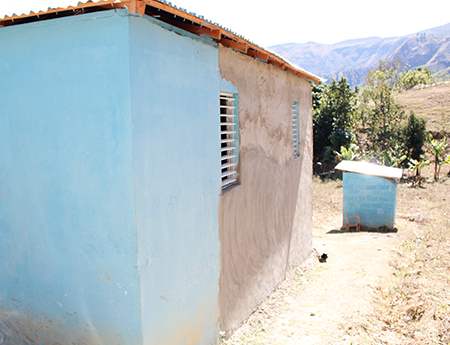 Building homes in developing countries is always a different task. Teams have to adjust to the landscape of the area and the resources available to them. In Hondo Valle, Dominican Republic, homes are normally built in the simplest way possible. Foundations are laid with boulders found in digging and walls are made with cement mixed on the ground. When building a home with Houses for Hondo Valle, you learn as you go and do the best you can. A typical one-bedroom home, complete with bathroom, living area, kitchen, and porch, normally costs over two million Dominican Pesos – around 4,500 U.S. dollars. For bigger families, more bedrooms can be added and usually cost closer to $6,000.

“Honda Valle” means dry valley. Hondo Valle is the poorest area in the Dominican Republic, facing lack of accessible clean water, extreme physical disabilities, unreliable electricity and unsafe housing. Women and children spend their day walking to the boarder of Haiti, up rocky and exhausting terrain, to bring clean water home for the family. More fortunate families have mules to transport goods, while others may use motorcycles to get to the city, Santo Domingo. 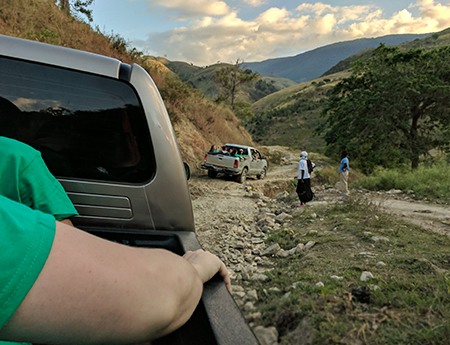 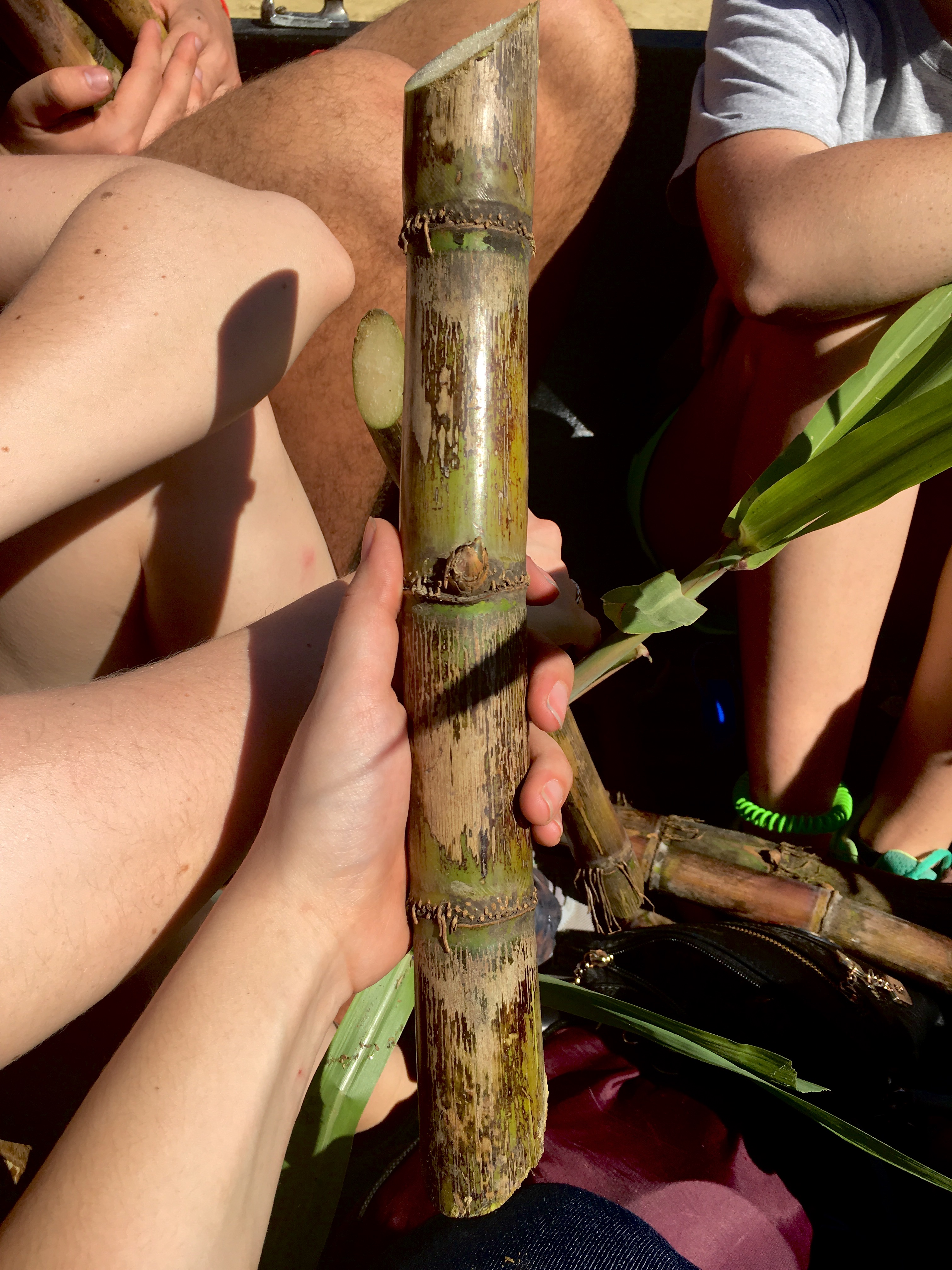 The Dominican Republic is a great spot for natural resources. Although most of Hondo Valle is dry and doesn’t do well for crops and plantation, around the valley are jungles with sugar cane and plantains. Villagers can take these right out of the ground and enjoy a semi-sweet snack or cook it with a pot of rice and some meat for dinner. Dishes tend to be simple and filled with carbohydrates, which is what keeps the people going throughout long work days. Taking part of cultural meals is something the Houses for Hondo Valle makes sure to incorporate this into their trips. 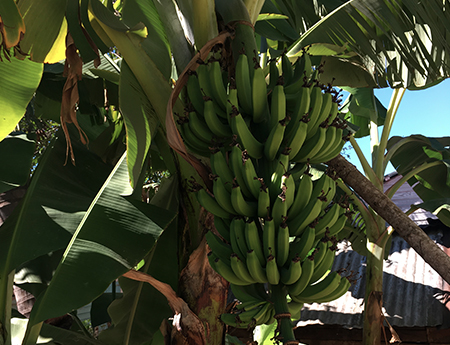 Our team is made of eight empowered individuals who have been inspired by Hondo Valle in more ways than one. Full steam ahead to read how Houses for Hondo Valle has touched their lives. 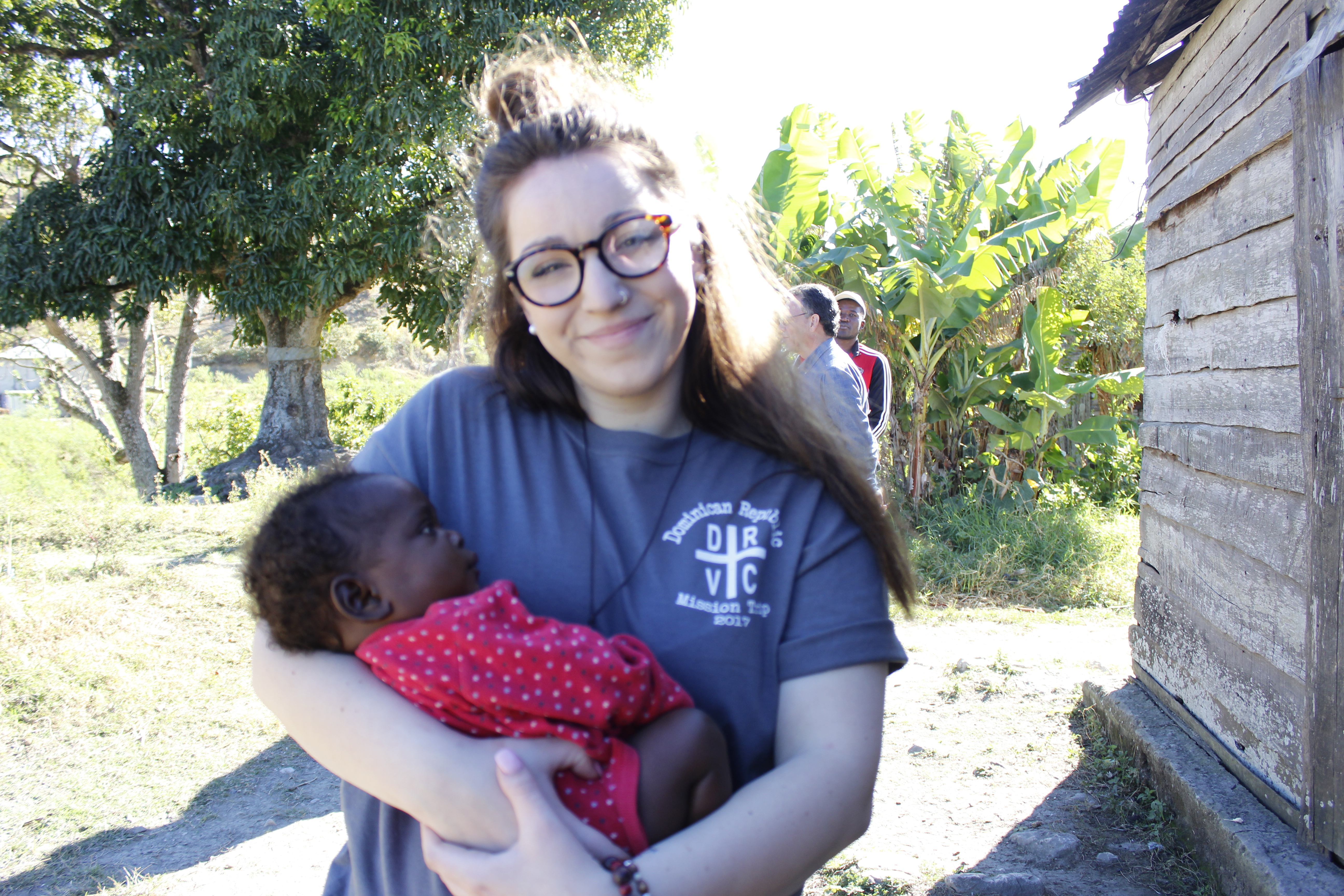 “Houses for Hondo Valle is basically everything I have ever dreamed of. The people of Hondo Valle, Dominican Republic are stronger than anyone I have ever met. When most visitors look at this town, they see it as very poor and desolate. However, I think this town is rich. Rich in love and friendship, and I am so grateful to have been so warmly welcomed into their homes and their lives. They do need help however, and that’s where we come in. My life’s purpose has been fulfilled by Houses for Hondo Valle.” 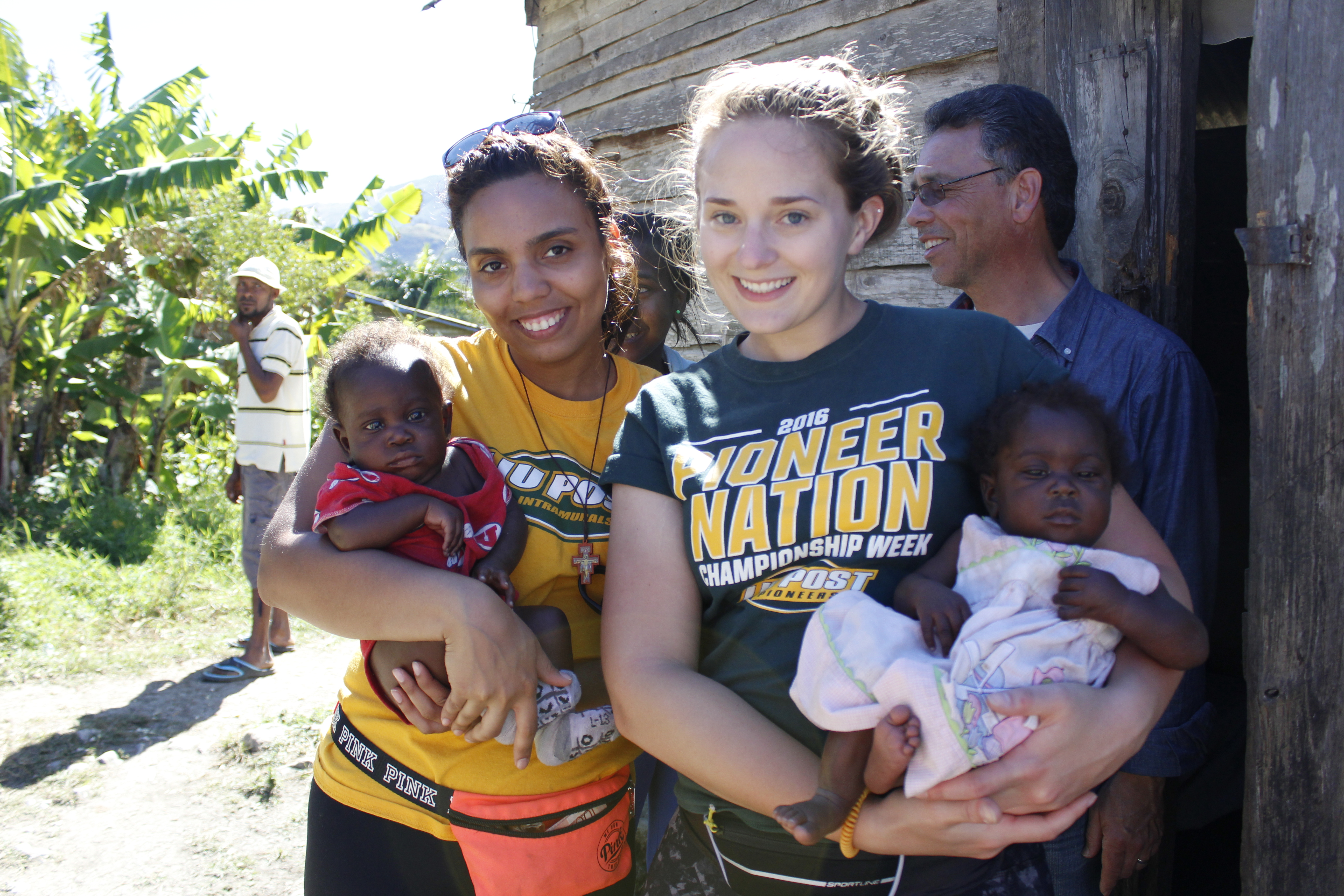 “I originally got involved in Hondo Valle because I am from the Dominican Republic and I know how badly the people down there need hope. I wanted an opportunity to serve others. Now, years later, it’s incredible to see that they have actually been serving me. Seeing people realize their purpose in Jesus Christ has been one of the greatest gifts I’ve ever received!” 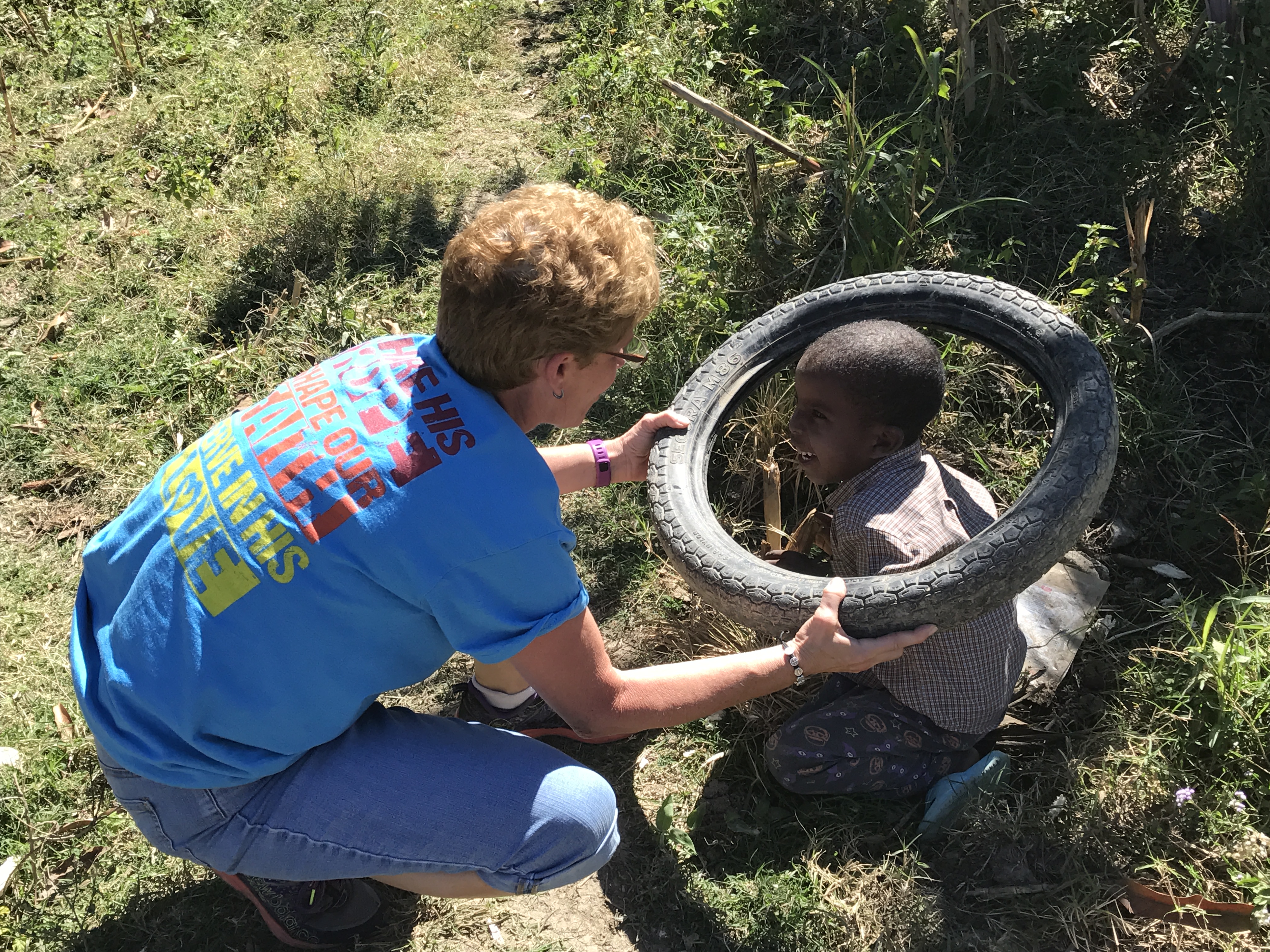 “The people of Hondo Valle stole a piece of my heart. It has been an honor and a privilege to serve alongside these young people with their hearts of fire for Christ, Every time I return to the Dominican Republic, I am amazed to see the physical and emotional changes in the people and their villages, as well as in those who serve. This drives me to continue to pour into them so they can have the abundance to serve their neighbors.” 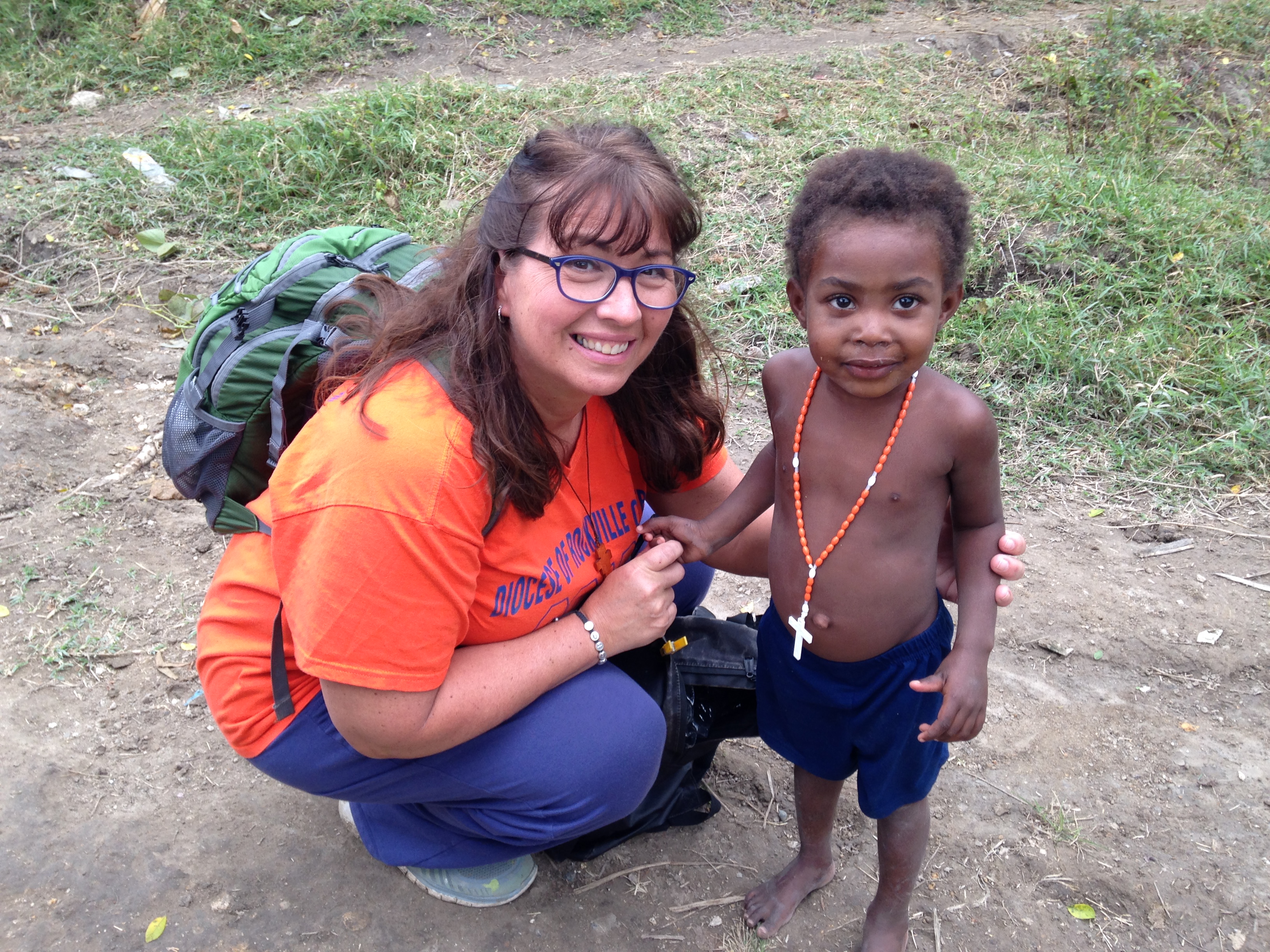 “The opportunity to serve people in Hondo Valle has changed my life forever. When we started, we knew that people needed hope. At the time, though, I didn’t know what this would turn into, and now we realized that we needed a glue that would both keep us together and draw the potential out of each of us. That force is love, and that love comes from a God who gives us hope to keep moving forward regardless of circumstances.” 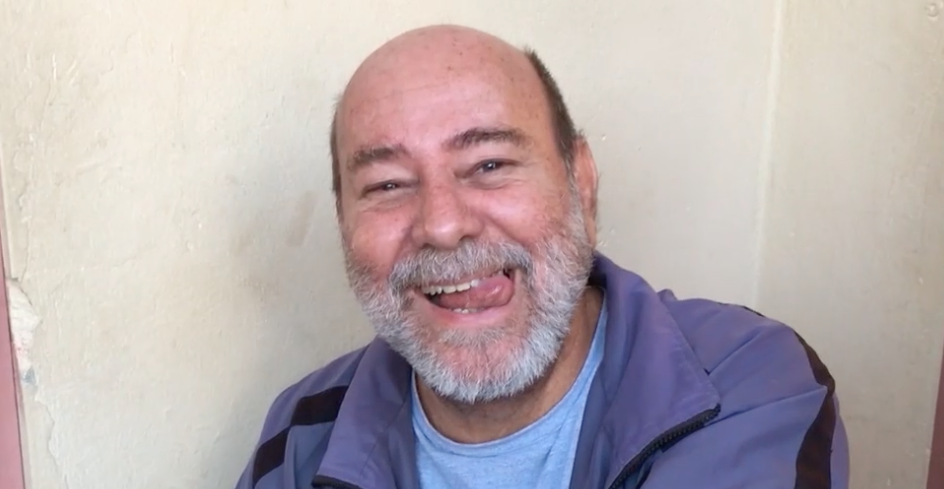 “We have been so blessed with the Houses for Hondo Valle team here in the Dominican Republic. Since they arrived, you can see a significant change in the villagers. They have a firm faith in Christ and a more optimistic glance toward the future. We are excited to see how this community grows with Houses for Hondo Valle ” 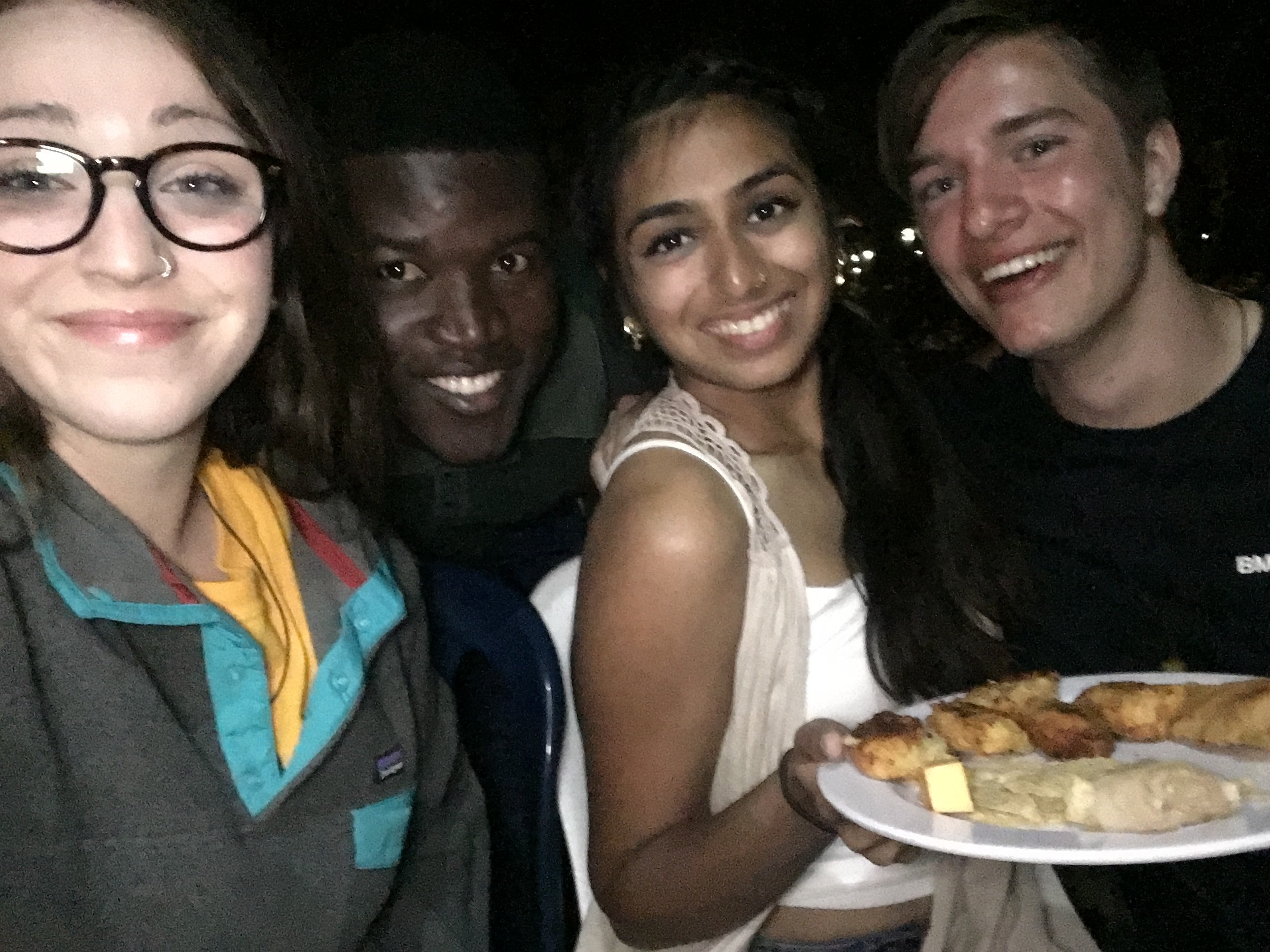 “I am so grateful to have met the team of Houses for Hondo Valley and welcome them here to our country. They have not only been a blessing but have become my friends. I love this organization with all my heart.”